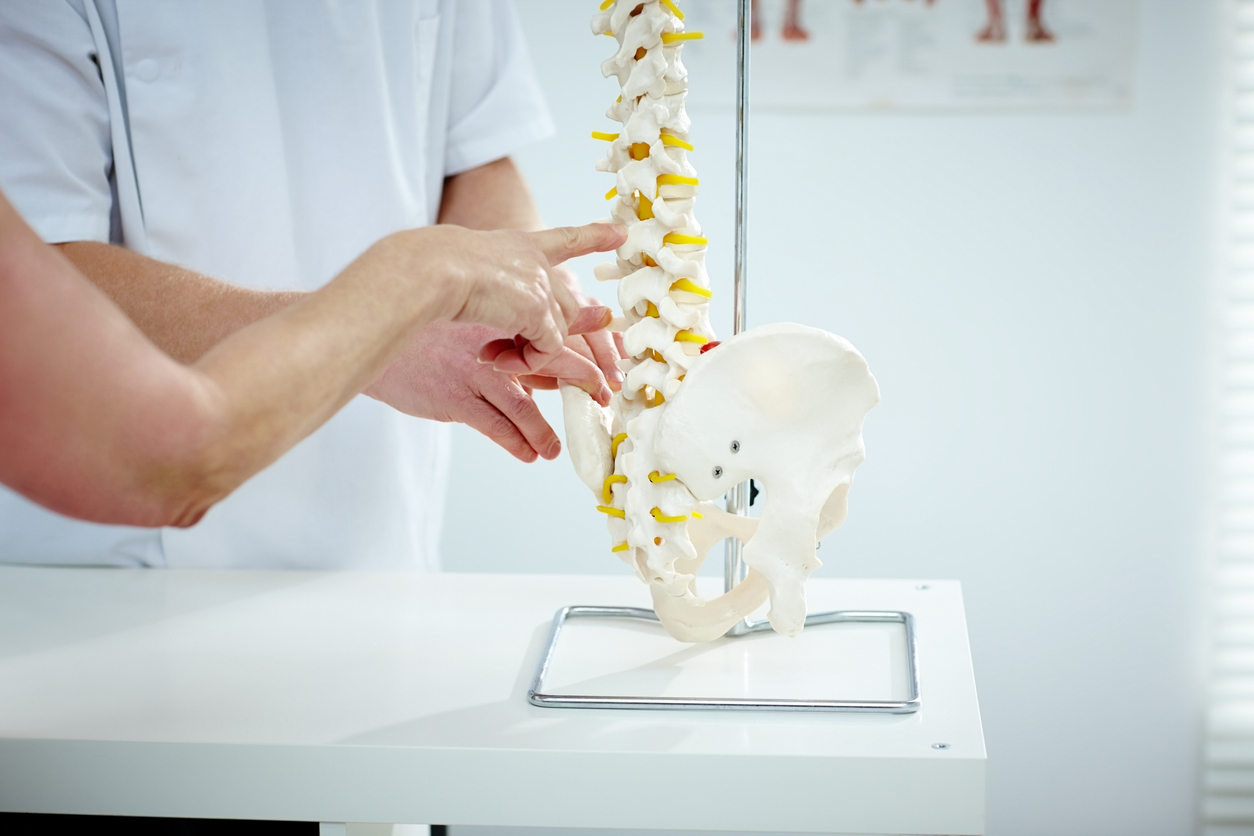 Every car comes with built-in shock absorbers, and with good reason. Our roads hold all kinds of hazards, like pot holes, cracks, and even the random pieces of debris. If you ever take your truck or SUV off road, those shock absorbers come in extra handy as you travel over uneven ground and maybe tackle a boulder or to. What would happen is a car didn’t have shock absorbers? Woe to the unfortunate passengers. The car would bounce and rock painfully with every little bump and stop.

Our body also has built in shock absorbers that help us dissipate impacts evenly and harmlessly. After all, throughout our history, we humans have had to run, leap, and lope for survival. If we couldn’t handle some wear and tear, our species would have never lasted this long.

If you’ve ever seen a realistic model of the human spine, then you know that it is not straight. It actually has four curves. The cervical curve is the neck and the thoracic curve is in the mid back. Many of us in CrossFit are familiar with the term “lumbar curve” which is the curve of the lower back. The final curve, the sacral curve is at our tailbone.

These four curves are the main shock absorbers of the human body. Wonder how they work? Think of a rollercoaster going down a track. The rollercoaster hurtles down a big hill, but it never crashes, because the rails curve up or around, carrying the force of the rollercoaster’s momentum along the curves. The curves of the spine work in a similar away, allowing the force of an impact to dissipate as it travels.

Those four curves are incredibly important, and if something happens to them, you could be in as much trouble (and pain) as a driver in a car without shock absorbers. When someone has a subluxation, or pinched nerve, the spine can actually straighten over time. In the worst cases, the vertebras actually begin to fuse. Not only is this extremely painful just by itself, but it also weakens the spine’s ability to absorb impact. Think about what would happen if, instead of a curve at the bottom of a rollercoaster track, there was a 90 degree angel instead. The rollercoaster wouldn’t be able to overcome its momentum and would crash each time at the bottom of the hill.

When a spine begins to straighten, the force from a foot hitting the pavement during a run won’t be able to travel through the four curves of the spine. Instead, the force will slam into the subluxation, just like the roller coaster crashing at the bottom of the hill. The result, over time, will be lots of pain and spinal degeneration.

The best way to protect your body’s natural shock absorbers is to exercise in order to keep your spine strong and flexible, focus on keeping good posture during long periods of sitting, sleeping in a stable position, and coming in for regular chiropractic adjustments.

Chiropractic adjustments can help release pinched nerves and can prevent spinal degeneration down the line. A chiropractor is a mechanic for your body, keeping it tuned up to avoid future problems.